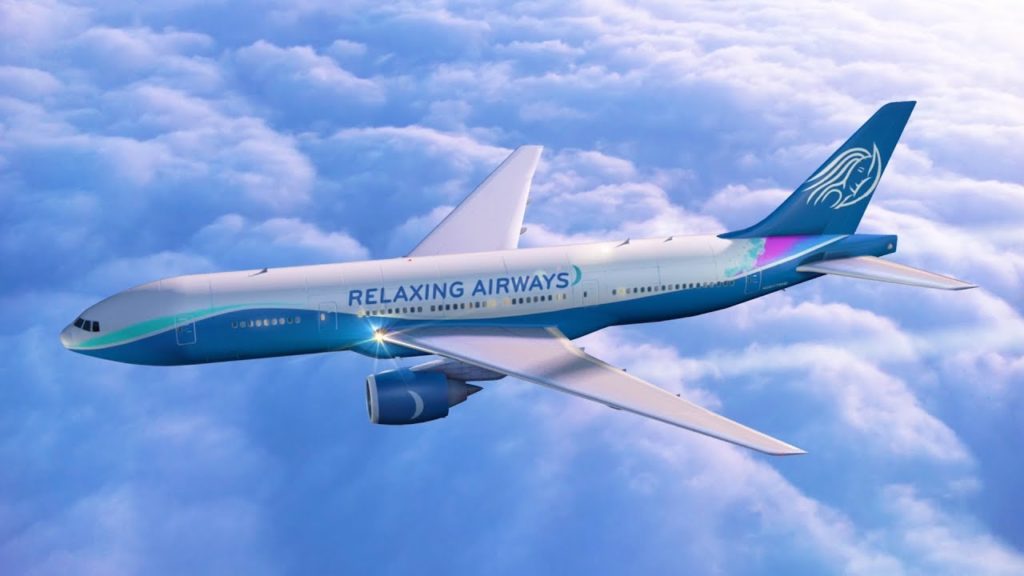 In 1987, after Congress banned smoking on all scheduled flights lasting two hours or less, it decided belatedly, and for the first time, to gather a little actual, empirical evidence to justify the bans. Or as the later report put it: “to resolve the technical questions that [would need to be answered] before continuing or broadening” the smoking bans in the air. (1)

The report, thus commissioned, and submitted by the U.S. Department of Transportation (filed in December of 1989) has a non-catchy title and the several-inch thickness of a Yakima city phonebook. “AIRLINER CABIN ENVIRONMENT: CONTAMINANT MEASUREMENTS, HEALTH RISKS, AND MITIGATION OPTIONS (DOT-P-15-89-5)” doesn’t sound, on the face of it, much like a best seller, and in fact, you can’t buy the thing for love, money or sex. “Out of print,” the government tells us. (We suggested “Gone With the Wind.”)

However, since the DOT report ostensibly formed the basis for the next (and the next, and the next) round of bans, we had a hunch that you’d like to read it, so below is the quick take. (All quotes, unless they’re otherwise attributed, are DOT’s.)

While the study addressed more than just the issue of ETS, environmental tobacco smoke was surely its major thrust and it set about to measure it with state-of-the-art equipment aboard 120 planes. (It also used 40 no-smoking planes as “controls.”)

The first problem it faced, of course, was “how do you measure smoke?” And the answer would lie in “tracers” — elements in tobacco smoke that might (metaphorically at least) be caught in the air, trapped in a bottle and stuck on a scale.

Such a “tracer,” DOT said, would, first of all, have to be “unique to tobacco,” and, further, known to “occur in a consistent ratio” to the other stuff in the smoke. Or, in other words, the principle of Mary’s Little Lamb — meaning everywhere the tracer went, the rest was sure to go.

DOT’s chosen tracers for tobacco smoke were these:

[Editorially, we have to add that we don’t agree with the choice. Neither carbon monoxide nor respirable particulates are “unique to tobacco.” Carbon monoxide, on a jet, comes from jet engine emissions and, as DOT itself admitted, “the levels were generally highest” while the planes were still on the ground and busy engines were revving up. For respirable particulates, the interesting news is this: As CONSUMER REPORTS noted — in 1994 — “a recent industry study found surprisingly high levels of particulates on board.” (On board planes on which nobody’d had a smoke in four years.) In fact, “twice the level found by the 1989 [DOT] government study.” (3) ]

However, and even with those caveats in mind, here’s what the DOT found:

For respirable particulates on flights that allowed smokers, once you’re past the “boundary rows” (defined as “the first three non-smoking rows” at the head and foot of the smokers) the levels were even lower than on the no-smoking flights.

Nicotine levels, on the planes that allowed smoking, were virtually nil on the majority (up to 82.6%) of the flights. And wherever it was detected, the amounts were amazingly small. And in fact, as the DOT admitted, quite “similar to the levels on…the no smoking flights — which, ”they said further, “in most cases fell below the level of detection.

Boundary rows: first 3 no-smoking rows, Middle: middle of the no-smoking rows.
Remote means as far away from smokers as you can get. Exhibit 1 (xxiii) and Table 5-5

Carbon monoxide levels, too, were fairly uniform throughout.

[So the question now disturbing us is: WHAT DOES IT ALL MEAN? In terms of actual human beings and the stuff that gets into their lungs? And how does anyone figure it out? Well…if nicotine appears to be the most reliable tracer, calculations of exposure based on measures of nicotine would be a reasonable proposition. So extending those measurements to actual human beings, another analyst told us this:

A passenger seated past the “boundary region” on a flight that allowed smoking, would have to fly non-stop for 48,440 hours (that’s 5 1/2 years!) to inhale the equivalent of one cigarette.

As for flight attendants working on a plane that allowed smokers, the exposure-rate, yearly, would be slightly less than one-fifth of one cigarette. And the highest possible estimate for flight attendants working full time and exclusively in the smoking rows of a plane and only and exclusively on the longest-distance flights soars all the way over to an annual exposure-rate of anywhere from 4 1/2 to 6 cigarettes.

Not even the EPA in its wildest hysteria has cited the equivalent of one cigarette every 5 1/2 years (or even 5 1/2 in one) as a lung-destroying, death-dealing hazard to human health.] (4)

As previously mentioned, the DOT did measure for a couple of other things that were known, or suspected to impact on human health. Carbon dioxide, for one,, plus ozone, funguses and various kinds of germs. They did not choose to measure here for cosmic radiation (the most dangerous stuff in theair) but instead cited numbers from a series of other studies (United Nations and FAA).

Funguses and germs, they found, were everywhere about but since their (and our) obsession here is “quality of the air” carbon dioxide is worth a mention.

Carbon dioxide (CO2) is simply something we all exhale. Both smokers and nonsmokers. It’s an integral part of breathing (and a habit that’s hard to kick.) Nevertheless, carbon dioxide is a definite form of pollution and a definite cause of symptoms, and a “tracer” for stale air. And as the DOT duly reported here the levels were too high “across all monitored flights” (both smoking and non-smoking) and “exceeding the level of comfort on 87%.” [A level at which, according to a piece in CONSUMER REPORTS, (3) “people are likely to experience respiratory irritation, headaches and fatigue.” We simply thought it was worth a mention.]

So far, DOT has proven that, unless you remain seated in the smoking seats of a plane, you’re breathing negligible amounts or, in many cases, absolutely no ETS. So let’s pause and take a breath, because…

As for non-smoking passengers…let’s lay it out on a chart:

RISK OF DYING OF LUNG CANCER FROM AIRPLANE ETS

We’ll explain, in another section, how the DOT arrived at the risks, but here’s some other risks, they arrived at: The risks of dying of cancer from the dangerous act of flying, which itself exposes everybody flying to radiation:

RISK OF DYING OF CANCER FROM THE SIMPLE ACT OF FLYING

Hold on, anti-smokers, we are not condoning death. We are not speaking lightly of even four-to-seven deaths every twenty-to-forty years, However, we’ll remind you these are not actual deaths. These are mathematical gizmos in a mathematical game with truly breathtaking permutations. (See the explanation below.)

And meanwhile, consider all the other reported health effects:

“Respiratory and ocular irritation” comes next and are known to “increase proportionally [after] one hour at levels as low as 2 ppm CO.” BUT — look at the first chart! The carbon monoxide levels in the no-smoking sections average 0.7 [!] or to put that another way, specifically 7/10ths of one ppm. And even in the smoking section, the levels were under 2. Further, DOT adds, “the evidence for acute respiratory and ocular irritation of ETS on the nonsensitive adult has been reported as equivocal and not scientifically conclusive.”

Pre-existing cardiovascular disease: “The acute effects of ETS on these conditions is unclear” begins DOT. “Recent studies have demonstrated induction of angina at a carboxyhemoglobin level [related to exposure to carbon monoxide] of 4%, while a series of studies have indicated…levels of nonsmokers in smoking environments to be 2% or less.” [And the non-smokers aren’t in the “smoking environment” when they’re seated aboard a plane; they’re in the non -smoking environment, and please see the chart.] Further, DOT adds, “the…population with high blood pressure accompanied by angina or coronary disease is known to be adversely affected by nicotine exposure.” [But again, look at the chart, there was virtually no “exposure.”]

Childhood asthma: “The evidence of ETS as an etiologic agent for childhood asthma is equivocal,” DOT says. And while it does go on to accept that children living with smoking parents might exhibit clinical problems, keep your eye on the bouncing ball: There is virtually no exposure past the boundary seats on a plane.

Adult respiratory problems: “Data on effects of ETS on the adult respiratory system are inconclusive…Studies on both children and adults as sensitive populations with pre-existing asthma are also inconclusive.” [And again, we’re compelled to remind you, there was virtually no exposure on the carefully-tested planes.”]

In order to arrive at the “cancer-death risk” from exposure to smoke on a plane, DOT began with a few assumptions. First, it accepted blithely as its “underlying assumption” that the wife of a smoking husband runs a higher relative risk of getting lung cancer (1.3 — meaning 30% higher than the wife of a non-smoker.)

This assumption itself is biased. Out of all the available studies, the great preponderance, even now, shows no, repeat, no meaningful link between the joys of living half your life with a smoker and getting cancer. Repeat: no. (5) And in fact a number of studies show it’s safer to live with smoke. (No, no; we don’t believe it. We’re simply showing what “studies show.”)

However, the government chose, arbitrarily, 1.3 and then proceeded to work from there. “If X years of exposure,” said DOT, “at level Y= rr 1.3…” which is eerily like beginning with the premise “If pigs could fly…” (We mean, the operative word is “if.”) Because if pigs could fly, then 47 a year would crash. After that, they were off and caroming into higher statistical models, which is basically like racking up for theoretical pool. There were five available models (out of how many dozens more?) but once again (arbitrarily?) DOT chose to play with two.

We refer you again to the charts. Using each of the two models, Dot calculates the cancer-risk of non-smoking passengers as A) 1 in 120,482 and/or B) 1 in 370,370. Which illustrates, if anything, that all of this stuff well is — you can probably find the word.

This is really our favorite part.

Because as DOT comes to see it, there are eight possible options:

Among the losses it couldn’t quantify were “discomfort and inconvenience” to the country’s millions of smokers, and the revenue loss to the airlines from the smokers who wouldn’t fly. Also unquantifiable was the extent to which smokers, once on board, would become “unruly.”

While improving the ventilation and/or the filtration would improve the comfort of all, DOT considered it too expensive. How expensive is too expensive? “$10 to $20 per flight.” And while “economists measure losses…as a ‘willingness to pay’” [to avoid torture or bottle joy] DOT decided that such a formula could not be applied to smokers.

So here’s what DOT decided you would not be “willing to pay”:

Reprinted with permission from author.