“In some outdoor environments, like football grounds and railway stations, there is genuine cause for concern,” says Deborah Arnott, of the anti-smoking group Action on Smoking and Health. “But in other places, there are pretty obvious facts about air circulation which mean the potential for harm is far less. Certainly, stopping people smoking in their homes is taking things a bit far.”

CALABASAS, Calif. – Thinking of lighting up in California? Think again. A new shaming law here takes effect this month will put smokers in publicly placed stockades for up to 30 days as part of legislation intended to shame smokers and cut health care costs.


“When we told the truth of how we lied to people about the potential effects of smoking, we assumed that you people would cut us some slack. But [this] just make us want to lie all over again.”  — Jim Druthers, spokesman Smith/Bennings Tobacco 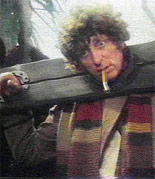 Tobacco companies immediately cried foul and vowed to fight the draconian legislation. Smith/Bennings Tobacco spokesman Jim Druthers said, “When we told the truth of how we lied to people about the potential effects of smoking, we assumed that you people would cut us some slack. But these draconian measures just make us want to lie all over again.”But advocates of the new anti-smoking law praised the state legislature for its brave new action. Megan MacIntyre, of the Los Angeles-based lobbyist group Fuming Mad Californians said, “This is a great day for the people of Calabasas. Smoking is shameful, so smokers may need to be shamed in order to finally get the message. If it’s for the greater good then we don’t mind resorting to any tactics that will get the last few holdouts to embrace our values.”Only one smoker so far has been put in the stockade. Andy Rybyzynski, of Calabasas, was placed in a stockade outside the main entrance of a downtown shopping mall. A dozen or so local residents pelted Rybyzynski with tomatoes and eggplants when he tried to light up with a cigarette he’d hidden in the lining of her jacket.  “I don’t do nothing wrong,” said Rybyzinski. “I only smoke. How come all these cars can smoke, but I can’t, huh? This is America… it’s my right, my freedom, no?! Please, let me out… I have to go to the bathroom!”Local residents were overwhelmingly in agreement with the new shaming laws, though many quietly conceded that not allowing the guilty party out for bathroom breaks was too much.Still, a neighbor who wished to remain anonymous breathed deeply and peacefully as she spoke about Rybyzinsky and the no-smoking ordinance. “With that Euro-trash off the streets, I already feel better. I was really worried that my grandchildren and great grandchildren would acquire third- or fourth-hand smoke. Maybe he’ll think twice now before he lights up.”

California Bans Alcohol in Bars
In a sweeping reform bill, the California state legislature today passed a law prohibiting the serving of alcohol in bars. Lawmakers pointed to the precedent of smoking-related laws enacted in recent years and celebrated by toasting with glasses of water on the steps of the capitol.